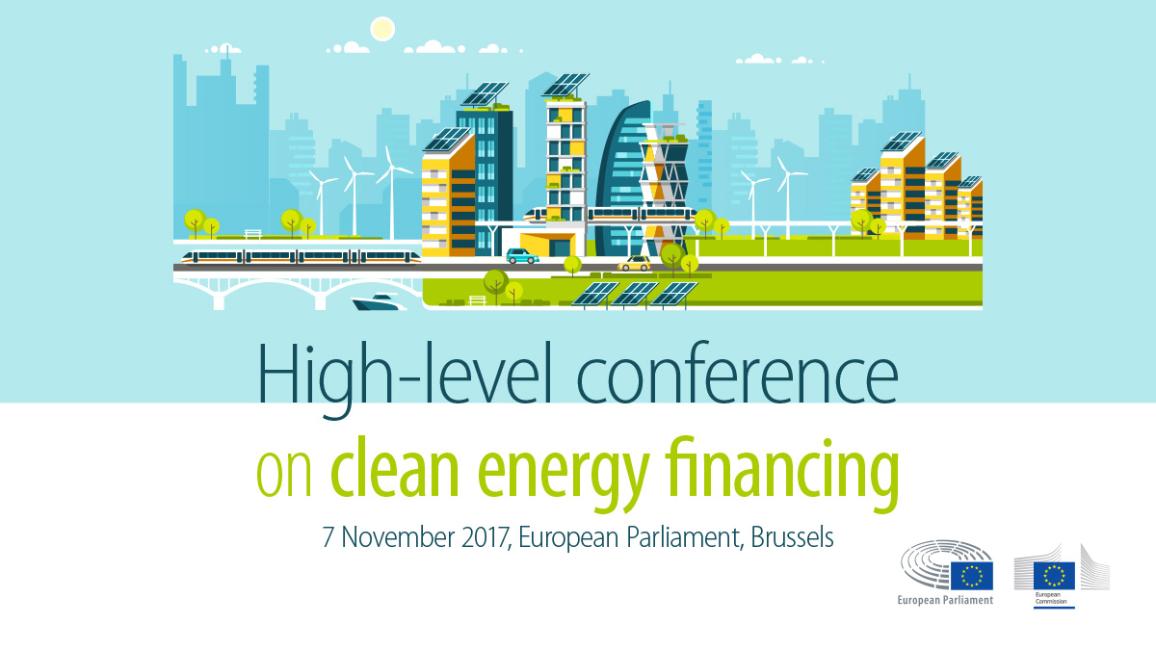 Significant investment is needed in the energy sector to help the EU achieve its ambitious climate change targets, which were agreed as part of the Paris Agreement. The Clean Energy for all Europeans package aims to set the legal framework to make this transformation possible. To look at the issues involved, the European Parliament will host a high-level conference on financing clean energy for all Europeans in Brussels on 7 November from 9.30 to 18.30 CET. It is organised by the Parliament and the European Commission.
Bringing together political leaders, policy makers, the investor community, energy market participants and other stakeholders, the conference will review and debate the Clean Energy Package and focus on specific areas of investment in the energy transition:
The energy sector is key to the European economy, but it also represents two thirds of greenhouse gas emissions, so will play a central role in the implementation of the Paris Agreement. To achieve the EU’s goals of reducing its impact on the environment, significant additional investment will be needed. It is estimated that in order to reach the EU’s 2030 energy and climate targets, about €379 billion investments are needed every year between 2020 and 2030, mostly in energy efficiency, renewable energy sources and infrastructure.
​The event will be opened by EP President Tajani together with EIB President Hoyer. VP Sefcovic, VP Katainen and Commissioners Oettinger and Bulčhave already confirmed their participation, and so have a number of MEPs and high-level industry representatives.
Monica Frassoni, President of the European Alliance to Save Energy will moderate  the panel discussion “Investing in interconnectors”.

The session will reflect on the role of CEF and EFSI in supporting energy infrastructure investment with a focus on interconnections. It will focus on i) the role of a reformed ESIF, EFSI and CEF and ii) how to ensure that the new investment bring tangible results to society. The session would also offer an opportunity to discuss the first recommendations of the Commission Expert group on electricity interconnection targets.
The session foresees introductory remarks by Jyrki Katainen, Vice President for Jobs, Growth, Investment and Competitiveness and a high level panel of speakers including:
Adina Ioana Valean, MEP, Chair of ENVI Committee
Kariņš Krišjānis, MEP Rapporteur for market design
Flavio Zanonato, MEP Rapporteur for risk-preparedness
Morten Helveg Petersen, MEP Rapporteur for ACER regulation
Ando Leppiman, Deputy State Secretary at Ministry of Economic Affairs and Communications of Estonia
Boris Schucht, CEO of 50Hertz
Ion Sterian, Director General of Transgaz (RO)
Juan Lasala Bernad, CEO of Red Eléctrica de España
Marco Alverà, Chief Executive Officer of Snam
Luigi Ferraris, CEO Terna Energy


More information about the event